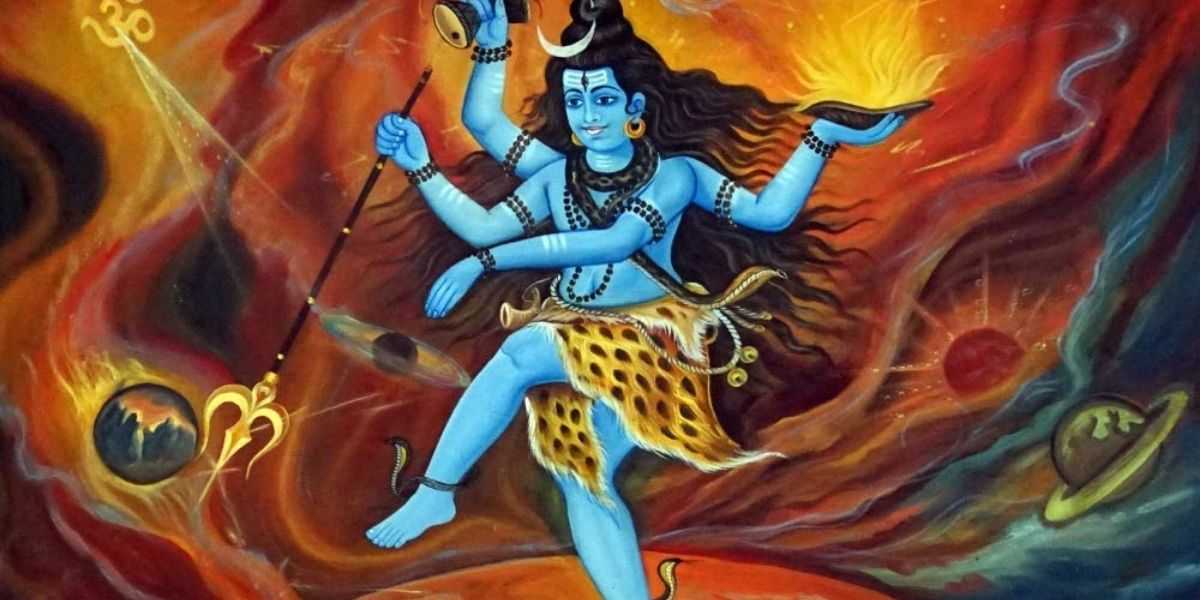 According to Indian tradition, the originator of dance is Lord Shankar and in the classical tradition of dance, Tandava and Lasya have an important place. The words tandava and Sukumar are found in the Natya Shastra, not Lasya.

The postures invented by Lord Shiva were practised by Tandumunis (Naindishwar) by organising them rhythmically. When Lord Muni, with the permission of Brahma Ji, along with his troupe, presented a drama called "Tripurdah" to Shiva, then Lord Shiva suggested planning the dance in this theatrical experiment. He ordered his disciple Tandumuni to impart dance education to Bharatamuni, thus the famous dance of Shiva was called Tandava due to the teachings by Tandumuni.

Bharatmuni taught this to his sons, due to which this dance became publicized in the Forget. This dance is very vigorous, preparatory, and difficult to handle. Veer and Raudra emotions are predominant. There were 108 types of Tandava but only seven types of Tandava are in vogue.

This dance is thus called Lasya. Speed and middle elegance are predominant. Acharya Nandikeshwar's description of Lasya is just like Bharatmuni. It is also said that Goddess Parvati imparted Lasya to Bharatmuni every year. At the same time, Usha, the daughter of Banasura, was also educated in Lasya. Usha was married to Lord Krishna's son Anirudh. When she came to Dwarka, she taught this dance to the women there. In this way, the dance performed by Parvati ji incarnated on the earth.

In this dance, all the elements of the body are performed in a way that displays emotion and shringaar. Graceful movements of the various parts of the face says a lot without using words  - bowing the head shows the feeling of shyness, respect, modesty etc to her beloved. Lasya is performed in three ways

In this context, it is also important to know that Unlike Holi dance, Panihari dance, Tandava and Lasya are not special dances performed by a person on a particular stage. It is not that by taking the form of Lord Shiva and jumping vigorously and performing the expressions of anger is Tandav. In fact, a dance consisting of Veer (bravery), Raudra (anger), and Adhbut (wonder), etc. is called Tandava. In this, fast preparation has special importance; the movements are swift. In this, the strong words of Pakhavaj such as “dhaddan”, “taddan”, “dhumakita”, etc. are used.

Similarly, the graceful dance with adornment is called Lasya dance. It is done with beauty and poise, and gestures are displayed with tenderness. Its music is also melodious.

In Kathak dance, Thumri and Gat Bhaav are danced in this manner.

Q. What is Tandava?
Ans. Tandava is the dance form that originated from the rhythmic and organised movements of Lord Shiva. These movements were practiced by ‘Tandumunis’. Lord Shiva ordered the Tandumunis to teach this art form to Bharatamuni, which is how the name “Tandava’ emerged.
Q. What is the temperament of Lasya?
Ans. Lasya emerged as a response to the cosmic dance and male energy in Tandava. The basic, fundamental essence of Lasya is beauty, grace, poise, and elegance. The nature and temperament of Lasya is calm and peaceful, which balances the high energy Tandava.
Q. What are the types of Tandava?
Ans. There are as many as 108 forms of Tandava. However, out of these 108 forms, only 7 are practiced and performed today. These 7 forms are as follows -Sanghar Tandava, Tripura Tandava, Kalika Tandava, Sandhya Tandava, Gauri Tandava, Uma Tandava, and Anand Tandava.
Q. What is the temperament of Tandava?
Ans. Every form of Tandava carries a different mood and emotion altogether. For example: Ananda Tandava was performed to express happiness and joy, whereas Rudra Tandava was performed to express anger. However, the temperament and nature of Tandava is energetic, vigorous, and filled with power and brisk, fast-paced movements.
Q. What is Lasya?
Ans. Lasya is the dance form performed by Goddess Parvati that originated as a response to the movements and cosmic dance of Lord Shiva’s Tandava. The movements in Lasya are filled with happiness, grace, and beauty.
Q. What are the types of Lasya?
Ans. There are 3 forms of Lasya, which are as follows - Visham Lasya, Vikat Lasya, and Laghu Lasya.