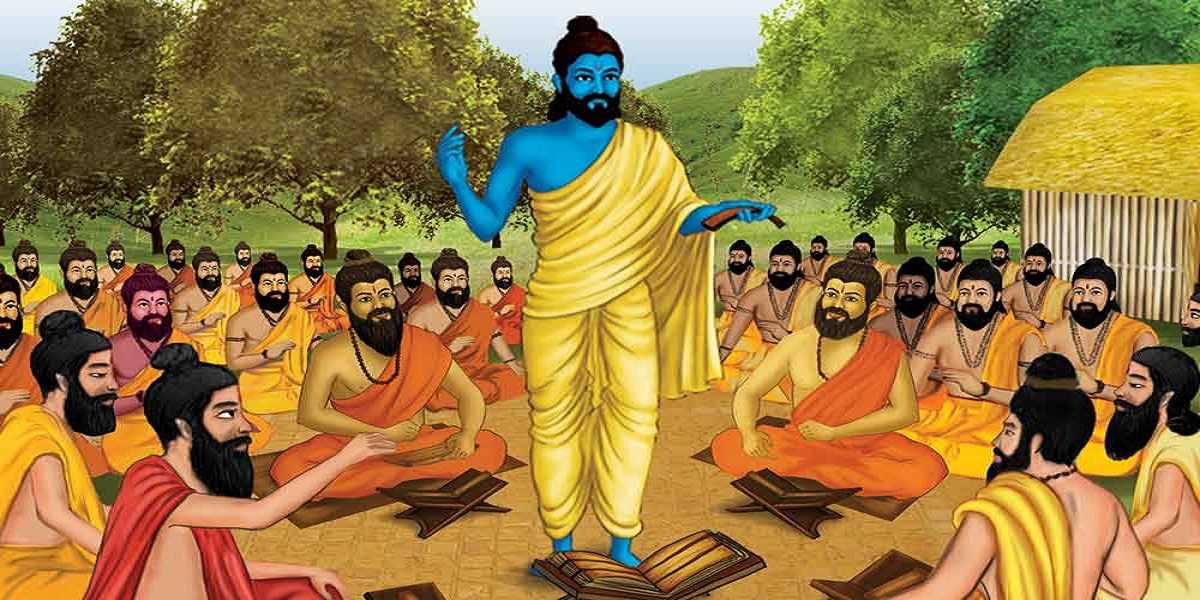 Guru Shishya Parampara is the most ancient tradition of Indian culture. It has existed in India from the Vedic period, Upanishad period, the era of Puranas, etc. The word Guru is made of two syllables  - “Gu” meaning darkness, “Ru” meaning light; therefore, a Guru is the one who leads (a student) from darkness to light. A Guru who tells us the way to reach our highest point.

In ancient times there was a Gurukul system. When the student left their parents' house and went to the Guru's ashram, the ashram was known as Gurukul. The importance of Gurukul is very detailed in our scriptures. In earlier times, children used to go to the Guru's ashram to learn, whether it was a king or an urchin, all of them used to study in the Gurukul together. They used to serve their Guru with his whole heart, and the Guru also taught his disciples without any greed.

Till the time the disciple became successful, he/she had to remain in the Gurukul. When the disciple's education was completed, s/he was sent back to his residence with a ceremony, and the child followed whatever he learned from the Guru till his life.

Importance of a Guru

It is very important to have a Guru to receive any knowledge; whether it was archery, dance, music, painting, or architecture - a Guru’s guidance and education were very important to get everyone's name and learning. The Guru Shishya tradition has done the task of keeping the ideals and dignity of Indian culture alive till date. The cooperation of the Guru disciple is not just a combination of two people, but it is a combination of affection and meekness, of inspiration and experimentation, of discipline and dedication, of gratitude and humility, of affection and harmony, and of amazing faith and trust.

In Indian civilization, a Guru is not the one who is entitled only to worship and dignity, but one who is the source of energy and radiates a power of virtue. A Guru is the one who sets the goal for the disciple, selects the path that suits him and ascends them to their summit.

Kabirji had said in this regard:

meaning a Guru is like a sculptor who gives shape to their disciples and makes them capable. The Guru gives support latently while being strict on the outside and working towards eliminating all vices.

Be it Satyuga or Treta, in every era a king had a Guru. The guru of the kings of Ayodhya was Sri Rishi Vasistha. Nanda Baba's Guru was Garg Muni, in Dwapar. Garg Muni had performed the rites for Shri Krishna as a child. Guru Dronacharya was in Dwaparyug itself. Arjun and Gaurav took archery education from them.

In a Gurukul, the upper and lower divisions had no importance, because everyone had to wear the same clothes so that neither the royal family nor the Brahmin family could be distinguished from one another. All of them concentrated on their education and training, because of which there was no ill-feeling among themselves. The place of the Guru is considered to be higher than the birth-givers. In the scriptures, Guru is considered to be higher than God because only the Guru shows the path of God.

Q. What is the importance of a Guru?
Ans. The word Guru has two syllables - Gu and Ru. ‘Gu’ means darkness, whereas ‘Ru’ means light, or enlightenment. A Guru is someone who brings their shishya out of the dark and leads them towards light. A Guru enlightens their Shishya through knowledge and their teachings.
Q. What is the meaning of the word 'Shishya'?
Ans. The word 'Shishya' means disciple. Back in the day, not everyone could be a Shishya to their Guru. A Shishya was expected to leave their homes and all materialistic pleasures behind, and trust and surrender to their Guru. The word ‘Shishya’ is believed to be the origin for ‘Sikhism.
Q. What was the relation between the Guru and Shishya in Vedic times?
Ans.The relationship between a Guru and Shishya during Vedic times was spiritual and intellectual, and guided by mutual trust and responsibility. The Shishya was expected to be 'Grihatyagi' - meaning, they had to leave their home to live with their Guru. The Shishya did everything to worship their Guru - from cleaning and cooking, to following every order without questions. It was the Guru’s responsibility to bring out the best in their Shishya. The Shishya continued to live with their Guru until the completion of all lessons pertaining to the skill and way of life.
Q. Which religion is the Guru-Shishya tradition based on?
Ans.Guru-Shishya tradition was followed extensively by many religions in different forms, despite having the same essence. These religions are: Hinduism, Buddhism, Jainism, and Sikhism.
Q. What is the importance of Guru-Shishya tradition?
Ans. The Guru-Shishya tradition is present in today’s times, although not so prevalent because of how fast-paced the world has become. This tradition teaches important virtues to a Shishya, such as trust, surrender, patience, hard-work, consistency, etc. For a Guru, it is important to be wise and just through-out, as well as accurately judge the Shishya’s capabilities.